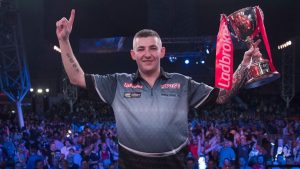 Rising star, Nathan Aspinall, is one of the many professionals Andy Cornwall of Darts Coach has coached over the years. Nathan has enjoyed a tremendous 2019 so far. Having reached the semi-finals of the 2019 PDC World Championships at Alexandra Palace, he then went on to defeat Rob Cross in the 2019 UK Open. View his triumph here.

Sadly Nathan has recently had to withdraw from the Ladbrokes Masters following injury. He has been suffering with an ongoing problem in both the elbow and wrist of his throwing arm in recent months, which included competing in the World Darts Championship wearing medical tape. Thankfully as his recent twitter feed suggests he is now starting to recover from it. “Well it’s been a long few months away from the game but finally throwing my first darts since 28th December. Hopefully the start of getting back in to it” 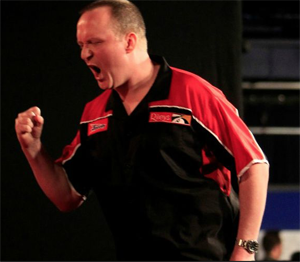